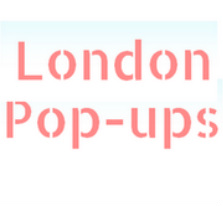 London Pop-ups is a website offering a comprehensive listing of the capital’s pop-up events – restaurants, bars, galleries, gigs and shops. Started by Dan Calladine two years ago, he shares his thoughts on London’s food scene, the role played by social media, and what makes for a great pop-up experience.

London’s reputation for exciting food is on a high with the city earning its place among the world’s most dynamic food cities. Founder of the website London Pop-ups, Dan Calladine believes that London has never been more exciting. “Pop-ups have made the city feel more adventurous, but the diversity of what is on offer also says a lot about the city’s new food entrepreneurs, British produce, and our food culture. “

He has seen real changes in London’s food scene since establishing his site two years ago. When he began, the focus was on street food. “You just needed to have a good idea, get a spot somewhere and start selling. It was the same with supper clubs. Now, people are doing more established things. So in London, pubs have opened their doors and street food people are running their catering. The more successful supper clubs have morphed into more permanent ventures.”

Urban gentrification and social media have also helped, making this as much a cultural phenomenon as a food one. “If you look where a lot of pop-ups happen, it’s often in places like Hackney and Peckham, where traditionally there hasn’t been a lot of great places to eat. Pop-ups are filling the gap, and so what you’re seeing is a momentum of activity and then an evolution in what people are doing.” Add Twitter and Facebook to this mix and you get a very dynamic food culture.  “If you had tried to do this in the 80s, you would have had press nights, print advertising, with much longer lead times. Now, it’s possible to publicise and share an event really quickly. The most active supper clubs and street food people have thousands of Twitter followers and they can get the word out really quickly.”

Given this scope for change and innovation, does he see any emerging trends? There’re the obvious food trends: burgers and fried chicken being the most recent ones. However, it is the entry of companies who organise regular food events such as Kerb (@KERB_), Tweat Up (@Tweat_Up) and R3d Market (@R3dMarket) that are having the biggest impact, bringing an infrastructure very new to street food. The other is that the word pop-up is being used less. “Two years ago it was the cool thing; now, it’s seen as a bit of a cliché. The most established people don’t call them pop-ups any more. “

Questions of nomenclature aside, pop-ups have been good for business, giving young food entrepreneurs the ability to pilot and test food concepts. Calladine cites Taproom and Flat Iron as two immediate examples. (Taproom started off as a pop-up in Islington and now has its permanent venue there. Similarly, Flat Iron started above a pub in East London and is now a restaurant in Soho.)

So, what makes a great pop-up event?  “It has to have a good concept, an interesting venue, as well as great food.” He recently attended CUTS, the pop-up by Forza Win and The Ginger Pig in East London. The four-course menu, three of which featured sustainable stock from Ginger Pig Farms – all cooked over wood (“they even tell you where the wood comes from”) made for a truly great experience.

INSIDE YOUR LONDON LARDER
One of the other great things about London has been the raise of the craft brewery – like The Five Points Brewing Company in Hackney (@FivePointsBrew) and London Fields Brewery (@LdnFldsBrewery). So that’s what you’d find in my London Larder.

FAVOURITE UK COOKBOOK
I really like the Moro cookbooks (Sam and Sam Clark) but Kitchen & Co by French and Grace (@frenchandgrace) is a more recent favourite. Theirs is a fantastic story. Two friends Rosie French and Ellie Grace started a supper club (The Salad Club) back in 2009 in a flat above Brixton market. They went on to do street food and now have a permanent restaurant back where it all started in Brixton Village. The cookbook is arranged by season, offers simple easy-to-follow recipes, and the food is always great.

UK FOOD HERO
It sounds a bit cheesy, but I would probably say Jamie (Oliver). He’s done a huge amount for the reputation of British food around the world.  I know people from other countries who list eating in one of his restaurants as a reason to visit the UK,

BEST LONDON FOOD MARKET
London Borough Market but I’d encourage people to go to Maltby Street (Bermondsey) – it’s a great market, not as well known, and you’ll never know what you’ll find. There’s also a great farmer’s market near the V&A (Victoria and Albert Museum), where you can get Fosse Farm chickens that I really like.

LONDON AS A FOOD CITY
London is one of the most vibrant cities in terms of pop-ups and street food. L.A. is famous for its street carts but they don’t have as many pop-up restaurants. In contrast, in a city like Hong Kong, you find a lot of supper clubs. There is a real interest in what we are doing as a city. It is one of the reasons why people come to London. Much to my surprise my site was recently featured in British Airways Inflight magazine as a way to find out what’s going on.

You can find London Pop-Ups here. It also includes a listing of London’s supper clubs. The site is a useful starting point for anyone wanting to launch a pop-up with an advice and resources page. 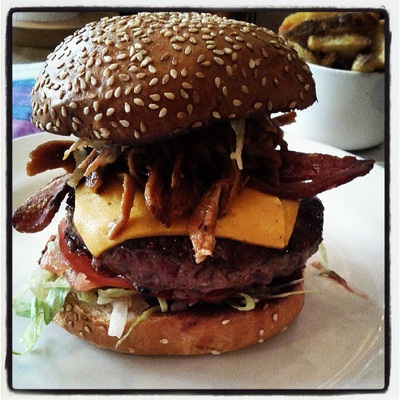 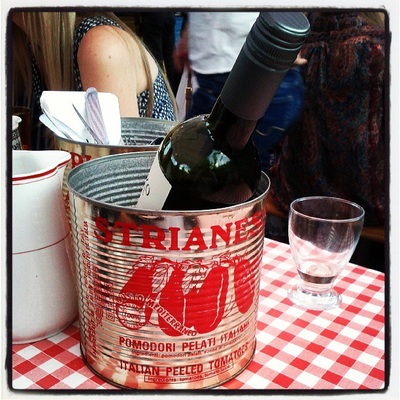 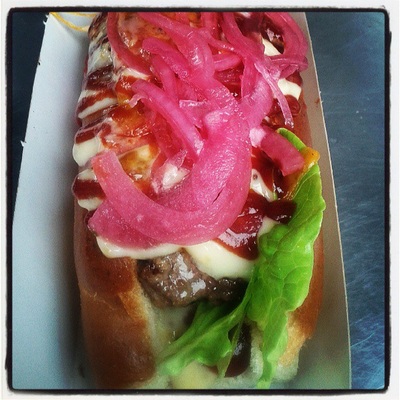 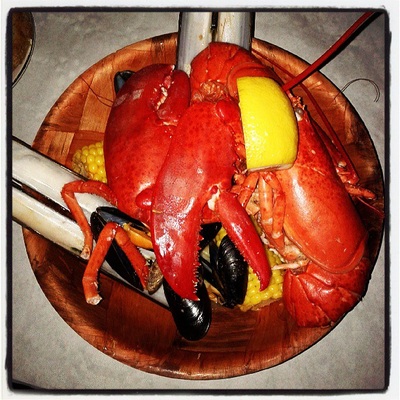