Words by Fiona Symington. Photos courtesy of Wildes Cheese.
DECEMBER 2013
Philip Wilton of Wildes Cheese takes us for a trip on the wild side with tales of cheese dipped in chocolate, the anti-bland, and the joy of cheese-making.

Loyal to Tottenham, decisively local, and more than a touch…well, irreverent, Philip Wilton is a true Londoner. So it’s hardly surprising that when it came to setting up his micro-dairy there was never any question of going rural. For this urban cheese maker, "I couldn’t leave London, it’s my hometown. Besides you can brew beer in London; you can bake bread in London. Then the penny dropped, why can’t I make cheese?"

Home is in North London in a converted industrial site. Here Wilton produces his cheeses following his own unique business model that combines the artisan with localism and a touch of green politics.
While many cheese-makers produce one or two cheeses and sell nationally, Wilton’s stays closer to home. “You won’t find me in Milton Keynes or Birmingham. My business model is that I make a wider range but I only sell it in London. It won’t go into any supply-chain”. Likewise, milk is sourced from a single herd in Rye Sussex, to avoid over-pasteurisation. “I didn’t want to buy from the big bland diaries producing millions of litres of milk.” Instead “I wanted people to taste cheese where you could almost taste the grass, where you could almost taste where it came from”.

Wildes Cheese is the antithesis of bland and his product range includes traditional hard cheeses through to mild creamer ones. There’s St Bruce (also known as the Drunk), a thirsty cheese regularly washed in Hopspur from nearby Redemption micro-brewery. There’s also the Howard - described as a semi-hard cheese, with a hint of blue, named after Luke Howard, the man who named clouds and like Wilton, a boy from Tottenham.

There are also Wilton’s self-described “moments of anarchy” or the specials. Current experiments include maturing cheese in a ground coffee case. The result is a background buzz of coffee that he is thinking of including in his normal range. Other ideas include cheese fingers half-dipped in chocolate as well as using saffron. All this is possible because “I’m not a manufacturer, I’m a food producer. I can do things because I can.”  Experimentation, creativity and a touch of the wild side are at the heart of this London’s urban cheese maker.

LONDON LARDER
You’d find craft beer from either Redemption Brew (@RedemptionBrew) or Howling Hops (@howlinghops). I’ve got some Picco Salumi (@piccosalumi), meat from the local butcher in Chelsea and lamb from Ally Pally market. There’s some bread from Flourish (@flourish_bakery), our local bakers, and a tin of baked beans.

BEST LONDON MARKET
It’s a split between Partridges and London Borough market. Borough is bigger but Partridges is cosy. It has a lot of interesting producers. It’s a great, small market - during the summer, you can grab a glass of champagne and even watch the tennis (during Wimbledon).

UK FOOD HERO
I’m a lover of cake. So my secret weakness is Eric Lanlard and his store Cake Boy in Battersea. He makes beautiful cakes, he cares about what he does and he has helped lift British cake baking out of the Victorian sponge era.

You can find Wildes Cheese at Alexander Palace farmers’ market (@allypallyfm) and Duke of York Square, Chelsea(@partridgesfoods) (@DOYSQ). In the New Year, the urban cheese maker arrives at London Borough Market. You can also follow Wildes Cheese on http://wildescheese.co.uk and @wildescheese. 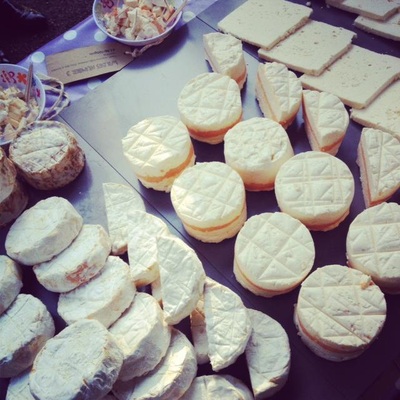 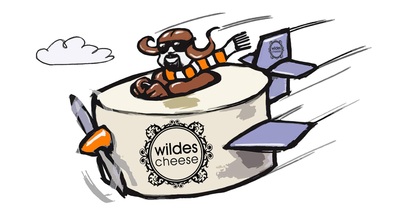 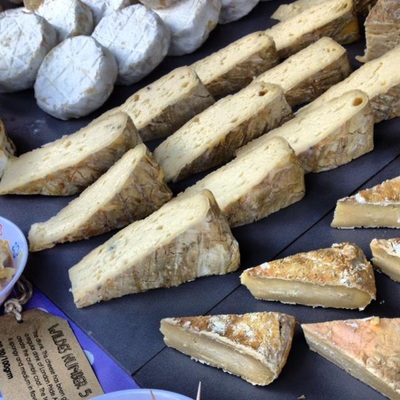